Greek Gods and Goddesses and Their Lesser Known Facts 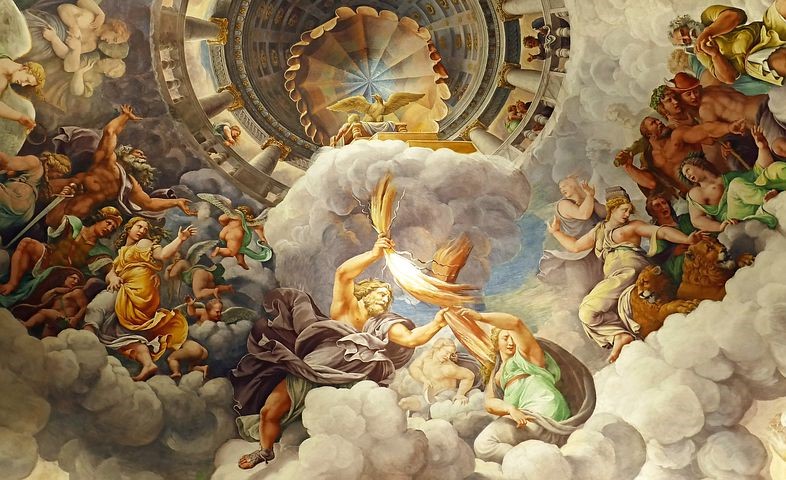 Ancient Greek mythology arose in the era when the Greeks still lived in a communal-clan system (until the 8th century BC) and the whole world seemed to them a huge community, a huge clan, which had their families, their grandfathers, and grandchildren, their parents and children. The ancient Greek animated the whole of nature. With the help of their rich imagination, they were able to represent it in bizarre, fantastic, and extraordinary artistic images.

The myths created by whole generations reflected the entire working life of an ancient man with its exploits, conquests, and dreams of a better life.

In the rustle of leaves, in the sound of waves, in the rays of dawn, the ancient Greek fancied something alive and mysterious. After all, nature, the laws of which are unknown to ancient man, was full of horrors and mysteries for him. The imagination of the ancient Greeks painted the most fantastic creatures for them. All of them were stronger than man, they all held his life in their hands, they were all monsters or gods who inhabited every stream, every lake, forest, grove, mountain gorge.

The main gods in Ancient Greek mythology were recognized as those who belonged to the younger generation of beings. Once, they took away the power over the world from the older generation, who personified the main universal forces and elements. The gods of the older generation were called the titans. After the defeat of the titans, the younger gods, led by Zeus, settled on Mount Olympus. Ancient Greeks honored 12 Olympian gods. Another god, who was not considered as a typical Olympian god was Hades, this was because he did not reside with all the other god and had an underground kingdom of his own.

Zeus is the supreme deity of ancient Greek mythology. He is a great God who ruled over the sky, thunder, lightning and the whole world. Zeus had unlimited power not only over mortals but also over the other gods.

Poseidon is the god of the seas, among the ancient Greeks - the second deity after Zeus. As the personification of the volatile and stormy water element, Poseidon was closely associated with earthquakes and volcanic activity. In Roman mythology, he was identified with Neptune.

Hades is the lord of the dark underworld of the dead, inhabited by the ethereal shadows of the dead and terrible demonic creatures. Hades, Zeus, and Poseidon constituted a triad of the most powerful gods of Ancient Greece. As the ruler of the depths of the earth, Hades was also related to agricultural cults, with which his wife, Persephone, was closely associated.

Hera is the sister and wife of Zeus, the main female goddess of the Greeks. Patroness of marriage and conjugal love. Jealous Hera punishes severely for breaking the marriage bond. Among the Romans, Juno corresponded to it.

Apollo was originally the god of sunlight, whose cult later acquired a broader meaning and connection with the ideas of spiritual purity, artistic beauty, medical healing, and retribution for sins. As the patron saint of creative activity, he is considered the head of the nine muses, as a healer - the father of the god of doctors Asclepius. The image of Apollo among the ancient Greeks was formed under the strong influence of Eastern cults (the Asia Minor god Apelyun) and carried in itself refined aristocratic features. Apollo was also called Phoebus.

Artemis is the sister of Apollo, the virgin goddess of the forests and the hunt. Like the cult of Apollo, the worship of Artemis was brought to Greece from the East (the Asia Minor goddess Rtemis). The close connection of Artemis with forests stems from her ancient function of the patroness of vegetation and fertility in general. Artemis's virginity also contains a dull echo of the ideas of birth and love.

Athena is the goddess of spiritual harmony and wisdom. She was considered the inventor and patroness of most sciences, arts, spiritual pursuits, agriculture, and crafts. With the blessing of Pallas Athena, cities are built and state life goes on. The image of Athena as a defender of the fortress walls, a warrior, a goddess, is closely connected with the functions of patronage of cities and the state. Among the Romans, Athena corresponded to the goddess Minerva.

Hermes is the oldest pre-Greek god of roads and field boundaries, of all boundaries separating one from the other. Because of his primordial connection with the roads, Hermes was later revered as the messenger of the gods with wings on his heels, the patron saint of travel, merchants, and trade. His cult was also associated with ideas of resourcefulness, cunning, subtle mental activity (skillful delineation of concepts), and knowledge of foreign languages. The Romans have Mercury, after which the planet of the same name is named.

Ares is the god of battles and war. In ancient Rome - Mars, after which the planet was named.

Aphrodite is the ancient Greek goddess of love and beauty. The famous legend about Aphrodite and Adonis was inspired by the most ancient oriental myths about Ishtar and Tammuz, Isis, and Osiris. Among the ancient Romans, it was identified with Venus, after which the planet of the same name was named.

Hephaestus is the patron saint of all crafts associated with fire: blacksmith, pottery, etc. In Rome, the god Vulcan corresponded to him.

Demeter - (for the Romans Ceres) personified the productive force of nature, but not wild, like Artemis once, but "ordered", "civilized", the one that manifests itself in regular rhythms. Demeter was considered the goddess of agriculture, who rules over the annual natural cycle of renewal and withering. She also directed the cycle of human life - from birth to death. This last aspect of the cult of Demeter was the content of the Eleusinian mysteries.

Hestia (among the Romans - Vesta) is the patron goddess of the hearth, family, and community ties. The altars of Hestia stood in every ancient Greek house and in the main public building of the city, all of whose citizens were considered one big family.