Vikings: The Real Ragnar You Didn't Know About 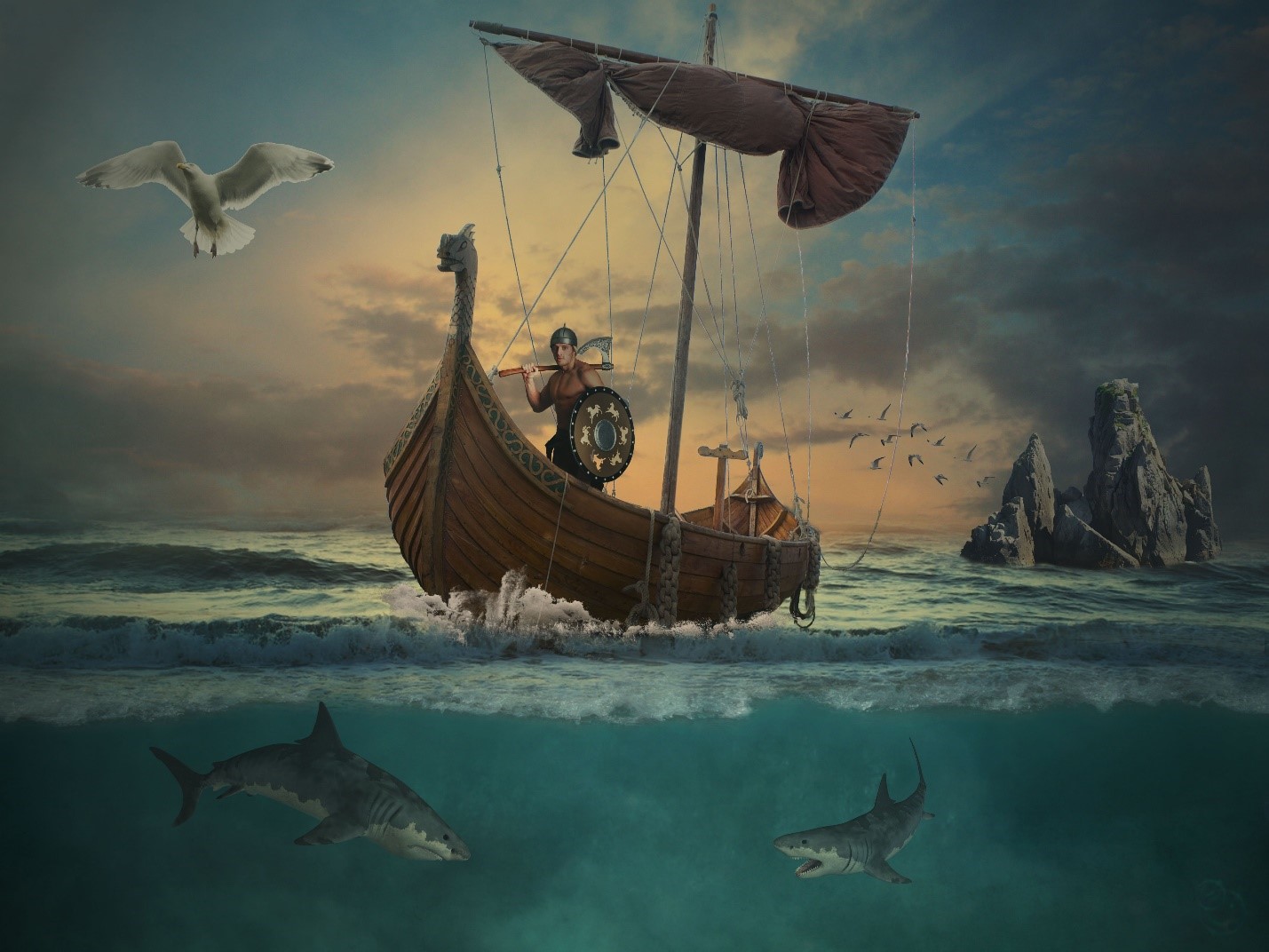 The lives and deeds of famous historical figures of different nations are often overgrown with myths. A significant role in this is played by the absence of chronicles, folk legends, and tales. Often, real-life people become collective images of both their contemporaries and earlier generations.

Ragnar Lodbrok is one such character, his life is associated with the 9th century. Since the Vikings did not keep records, the true existence of this person remains in question. Most of the information about him is drawn from legends and sagas that do not differ in reliability.

Despite this, it is Ragnar "Leather Pants" who is credited with the significant campaigns that are reflected in the Western European chronicles. The main focus is on the capture of Paris and the Viking campaigns in England.

In the absence of reliable sources confirming the existence and history of Ragnar Lothbrok, there is no information about his pedigree. The generally accepted version is that he is called the son of Sigurd the Ring.

According to legends, the family of Ragnar belongs to the Yngling dynasty, descending from the Scandinavian god of sunlight Freyr. The latter was considered the grandson of Odin and the most peaceful god, who became the ancestor of the Swedish and Norse kings.

Storm's research into Ragnar's historicity indicates that he may not have been the king of the Danes by birth. The fact is that the names in the list of Danish kings were already inscribed in the XII century. Much information was based on Frankish chronicles. It is believed that the Frankish chroniclers attributed Ragnar to the Danish kings precisely for the leadership of the Viking army and the capture of Paris.

In this context, Ragnar could only be the leader of one of the robber groups of Vikings who raided the coast. Authority and luck helped him to collect a significant fleet, with which he made major campaigns. The image of Ragnar can also be attributed to the deeds of earlier leaders and kings. The popular series also touches on this version of Lothbrok's origin.

According to legend, Ragnar was married three times. The first wife is Lagertha, one of the warriors. It was she, according to legend, who sewed leather pants for her husband, by which he received his nickname. To marry her, Ragnar had to fight a wolf and a bear. According to some sources, he had to defeat her by himself. From Lagertha he had a son, Fridleiv, and two daughters, whose names are unknown.

In his second marriage, Ragnar married Torah, the daughter of the Earl of Gotland Erraudr. According to legend, for the sake of her hand, the Viking defeated the snake. From her were born:

For the third time, Ragnar married Princess Aslaug, daughter of the legendary King Sigurda, who killed the dragon Fafnir. The historicity of Aslaug also remains in question, her other names are also known - Aslaug, Kraka, Crab. From this marriage were born:

Ragnar had many children outside of marriage. Names such as Ubba, Harald, Halfdan, Ulv, Ragnhild are known. Many of them also took part in the campaign against the Anglo-Saxon kingdoms.

About the sons of Ragnar Lothbrok

Eric Vetrogon is the first son of Ragnar from the young beauty Torah. Torah's father was a strict man, so his grandson grew up the same way. Eric could control the wind by moving his hat in the right direction, so he blew a fair wind into the sails of his Drakkar's. For some time he was the king of Sweden.

Ivar the boneless is the first and eldest son of Aslaug. The cruel and bloodthirsty Ivar got his nickname because of an unknown physical deformity. There is no exact description of whether he was lame or immobilized, his nickname is nowhere deciphered. Ivar gathered a great pagan army and took revenge on the English king Ella for the murder of his father Ragnar Lothbrok. Ivar was never able to find a wife and prolong his family, he died an evil and cruel old man.

Bjorn Ironside - the second son of Aslaug, after the death of Ragnar Lothbrok, inherited the title of Konung. Together with his brothers, he captured Sweden. Nobody loved traveling and discovering new lands as much as Bjorn did. Once he sailed to Africa and plundered half of Italy.

Hvitserk White Shirt - the third son of Aslaug, was one of the rulers of Sweden appointed by his father. Khvitserk is also called the king of Russia. But he did not rule for long, once he was deceived and caught. Not wanting to spend the rest of his life in a rusty cage, Sigurd voluntarily demanded to be burned along with his warriors.

Sigurd Snake-Eyed - the fourth, youngest son of Aslaug, stood out as a spot in the eye in the form of the Jormungand sea serpent. He was one of the generals of the great pagan army, which went to avenge the death of Ragnar Lothbrok. He died in battle due to a quarrel with one of the local kings.

Ubba Ragnarsson is the son of Ragnar from an unknown concubine, but despite the obscurity of his mother, the blood of the great king did its job. He was also among the generals of the great pagan army. Together with Ivar, he killed the English king Edmund. Once having collected a large fleet, Ubba decided to capture another part of England but was killed, and the legendary banner of Ragnar Lothbrok was captured by the British.